Why Doesn’t Caffeine Seem To Keep You Awake? 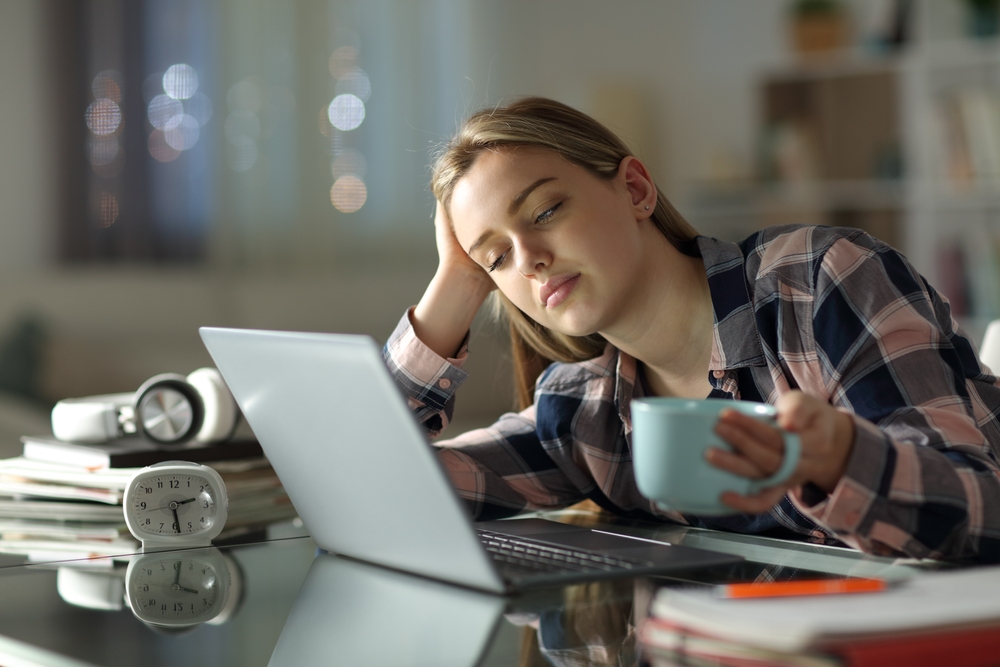 Do you find that caffeine doesn't seem to keep you awake?

In this blog post, we will explore the effects of caffeine on the body and why it doesn't always work to keep us alert.

We will also discuss how to make caffeine work better for you and the benefits of using it regularly.

The effects of caffeine on the body

Most people are familiar with the stimulating effects of caffeine.

But what exactly does caffeine do to the body?

Caffeine is a central nervous system stimulant, which means it increases alertness and energy levels.

It does this by blocking the action of adenosine, a hormone that makes us feel tired.

In moderate doses, these effects are usually harmless.

However, consuming too much caffeine can lead to jitters, anxiety, and sleeplessness.

Caffeine is also addictive, so it’s important to consume it in moderation.

When consumed in large amounts, caffeine can have serious side effects, including irregular heartbeat and vomiting.

So next time you reach for that cup of coffee, be mindful of how much caffeine you’re consuming.

How caffeine works to keep you awake

When you drink a cup of coffee or tea, the caffeine enters your bloodstream and starts to work its magic.

At the same time, it boosts the release of neurotransmitters like dopamine and norepinephrine, which helps to improve mood and focus.

Caffeine also increases the production of adrenalin, which gives you a burst of energy.

The effects of caffeine can last for several hours, which is why it’s so useful for staying awake and getting things done.

However, it’s important to not overdo it, as too much caffeine can lead to jitters, anxiety, and insomnia. moderation is key when it comes to caffeine consumption.

Why caffeine doesn't seem to work for some people

Caffeine is a popular way to boost alertness and energy levels, but it doesn't seem to work for everyone.

One reason for this may be that some people metabolize caffeine more slowly than others.

This means that the effects of caffeine can take longer to kick in, or they may wear off more quickly.

Another possibility is that people who don't respond well to caffeine may be more sensitive to its side effects, such as jitters and anxiety.

Finally, it's also possible that people who don't feel the benefits of caffeine simply don't consume enough of it.

Caffeine is a dose-dependent drug, so it's possible that people who don't think it works for them simply haven't found their ideal dose.

Whatever the reason, it's clear that not everyone responds to caffeine in the same way.

How to make caffeine work better for you

If you find that caffeine doesn't seem to work as well for you as it does for other people, there are a few things you can do to make it more effective.

One option is to consume caffeine earlier in the day so that its effects don't wear off by the time you need them.

Another option is to consume caffeine in small doses throughout the day instead of all at once.

This will help to keep your energy levels more consistent.

Finally, if you find that caffeine makes you jittery or anxious, try consuming it with food.

This will help to slow down the absorption of caffeine and reduce its side effects.

The benefits of caffeine

There are many reasons why people enjoy consuming caffeine.

Caffeine can help to improve alertness and focus, which can be helpful for studying or working.

It can also help to improve mood and reduce fatigue.

Caffeine is also a popular way to socialize, as it can help to make conversations more lively.

In moderation, caffeine is safe for most people to consume.

However, it's important to be aware of the potential side effects of caffeine, such as jitters and anxiety.

While caffeine has many benefits, there are also some potential drawbacks to consider.

Caffeine is a stimulant, so it can cause jitters, anxiety, and insomnia.

It can also be addictive, so it's important to consume it in moderation.

Too much caffeine can lead to serious side effects, including irregular heartbeat and vomiting.

Caffeine is also a diuretic, so it can lead to dehydration if you're not careful.

Finally, caffeine can interact with some medications, so it's important to talk to your doctor if you're taking any medications.

Caffeine is one of the most widely consumed drugs in the world.

It's a stimulant that blocks adenosine receptors in the brain, preventing drowsiness and keeping you awake.

For some people, caffeine is a wonder drug that keeps them alert and productive all day long.

But for others, it doesn't seem to have much of an effect at all.

If caffeine doesn't work for you, there are a few things you can do to make it more effective.

First, try spacing out your doses throughout the day instead of drinking several cups all at once.

Second, drink caffeinated beverages with food to slow absorption and extend the effects.

Third, experiment with different types of coffee or tea to find what works best for you.

And finally, remember that everyone responds to caffeine differently, so don't be discouraged if it doesn't work for you.

There are plenty of other ways to stay awake and productive.